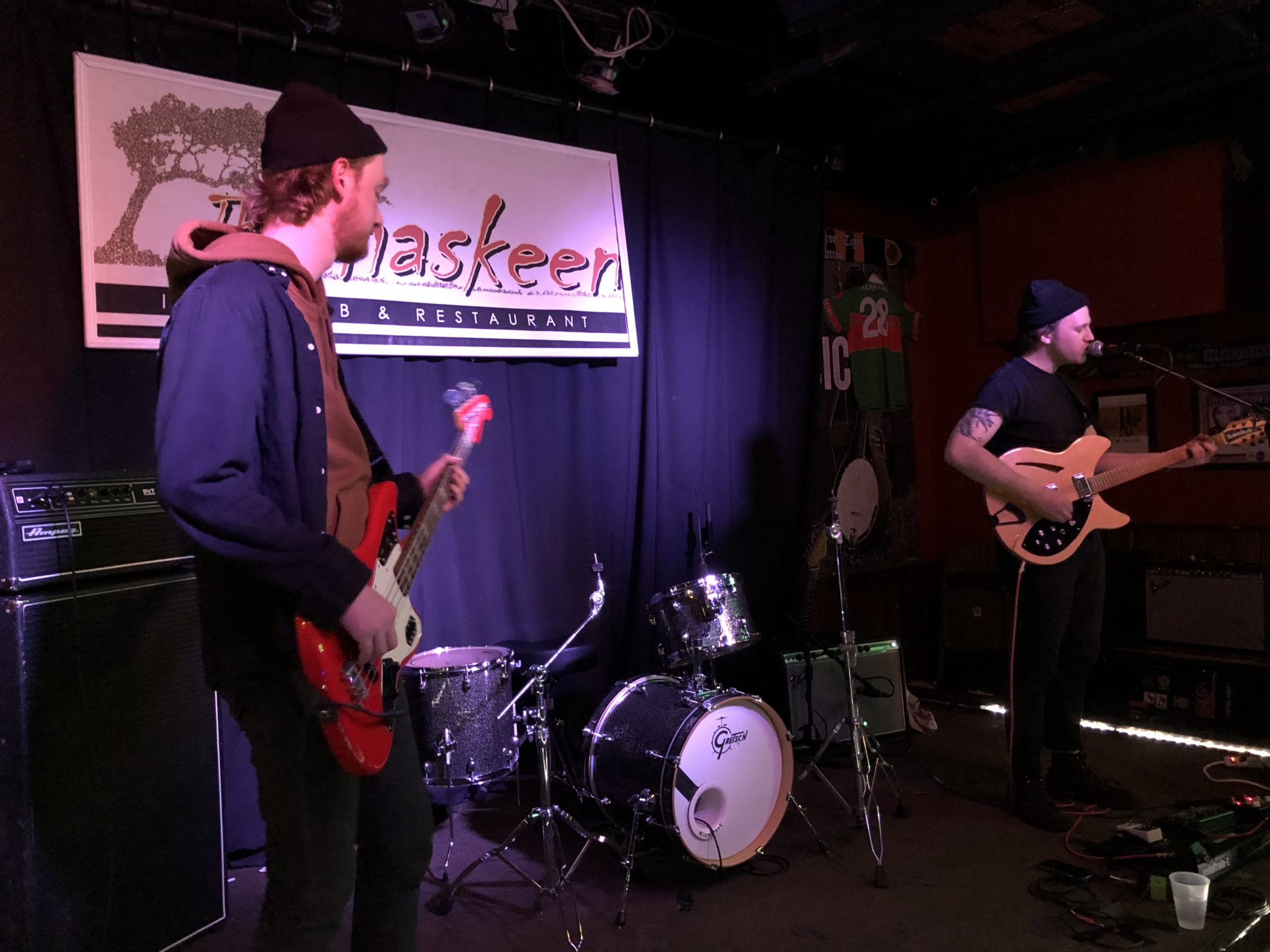 An Interview With Adam Wolf

I sat down for an interview with Adam Wolf before his set at Shaskeen. His LP is due out soon!

I asked for an interview with Adam Wolf before his set at the Shaskeen with us on 2/6/20. We head into that weird little cubby between the front room and the venue area...

Me: Step right into my office –

AW: What is this for again?

I noticed your band drinks Modelos.

Yeah. You know, Mason has a fascination with south of the border culture. He likes tacos, Modelos, Pacificos…Coronas, even.

Where do I recognize you guys from?

Oh, well, we played back in the day with you guys when I was in Sleeping In. I played bass and some guitar in that band.  But it was different rippers.

Mason was the guy right?

Well me and Mason both like, wrote songs and sang back and forth. JT wrote riffs, Jordan did like, the big bangs. But we would go back and forth. It ended up being a lot of Mason’s baby in the end, which was cool.

So what’s up with the new project? “Adam Wolf,” is that your name?

Haha yeah, so it’s [REDACTED] – the Volyn region of Ukraine. But Wolf is my middle name, and so I was like, “Adam Wolf, that’s pretty easy.” Yeah, I’ve been doing this, wrote an EP, now I’m working on an LP.  That’s almost done, finishing up vocals on that, it’s gonna be like 7 songs.

So, the EP. You engineered this thing huh?  What was is like playing guitar and drums at the same time?

It was a steep learning curve trying to plan everything out. Making a scratch track to play drums to can lead to a lot of takes going back and forth between guitar scratch track and drums to get it right. At the time I didn’t have a drummer so I just had to do it myself.

I’m a sucker for slide guitar, and I gotta say, this is slow-core bliss!

Is the LP going to have a similar vibe? It sounds like you have your sound dialed in on this – you definitely dialed in the mids.

LP will be fairly similar but it has a lot more classical guitar and Ben has upgraded to pedal steel. I always have my hand on the mids knob. Fixated on those sweet sweet mids.

Right on, I’m stoked. Who do you get compared to that you are most like?

Oh man…uhmmm…I don’t know.  Shit.  That’s a good question. I feel like I compare myself to different versions of like, Low. I like that slow-core style.  There’s someone…somebody compared me to somebody…I get it, but I can’t remember honestly.

You can get back to me on it.

I like the slow-core though, that’s cool. Who do you get compared to that you are least like?

Oh shit, that’s a good question.  See I don’t remember any of these…

In one ear out the other?

I try not to pay attention to what anybody says about anything because it will freak me out even more.

Well you’re goin on here in a few minutes.

You pumped to rock the Shaskeen?

I’m very pumped.  This is like a sick venue!

Yeah, Manchester is holding on to this one.

What happened to the Fuzz Hut? Dead? R.I.P.?

Yeah, exactly. Oh man…[REDACTED] Anyways, what do you want the people to know?

Ahh I don’t know, nothing. Listen to the songs.  Just follow me so when the big one comes out you can be like, “Oh! Nice.” That’s about it. Don’t tell them too much.

That’s what I’ll tell them! Thanks for taking the time.

Thanks for giving the time.

Adam is such a nice dude! His EP is fantastic and you should definitely give it a listen and give Adam a follow.

Adam, I’m stoked for the LP! Let’s play again when that comes out, yeah?